It's become obvious that there's a problem with the game stuffing households with pets outside of our control and I'll have to do some documents on how to fix these annoying issues caused by glitches and bugs.
1.)must start in an empty world.
2.)aging must be off,seasons set to 15 day length,EA's buggy SP must be off.( aging can be turned on sometimes)You'll need a form of story progression and that requires getting NRaas Mods and setting them up for this challenge.
3.)your sims must start as teens with ya sprites and be married and placed on a large lot like the 18 Mountain Road or like Small Starter Farmstead since both work for long term homes.You'll need Town Garden House or Little Garden House and a festival lot.
4.)civic plaza with a city hall and hospital will be needed as will a shopping plaza with a grocery store book store and theature.
5.)your sims will have to earn money the old way until they build a caravan camper unless the starter already had that.
6.)you'll have to move families in manually and do story progression manually because the world dosen't get glitched for generations that way or you can use NRAAS MODS and get SP help from the SP Mod.
7.)empty lots owners can't start building any house until they have at least 10000$ in strict cash.
8.)you must switch between households in town and play all of the town's households in turn instead of playing only one.
9.)you can have up to three other households during founding of your town.
10.)you don''t start having children until the house is built and money is saved up because you don't want families working at jobs with babies or toddlers.
11.) try to get through as many generation as possible without the game glitching out and forcing you to quit.
12.) Hard times caused by shifting weather patterns causing crop failures and sudden population growth can trigger the criminal building to appear in the town.
The main goal is to have fun and try to raise the whole town from a rural township into a small town people would want to live in and you can move some families out and replace them in later generation,but must do that manually.

I've discovered a serious and major glitch with EA's Story Progression caused by the recent patch which makes it impossible to turn SP off in the glitched game.I did manage to disable pet and horse populations and turn EA's SP off in the main menu options and that seems to work for turning it off.I'd use NRaas Mods to make this challenge workable since EA's SP got glitched by the 163 patch so it won't turn off. 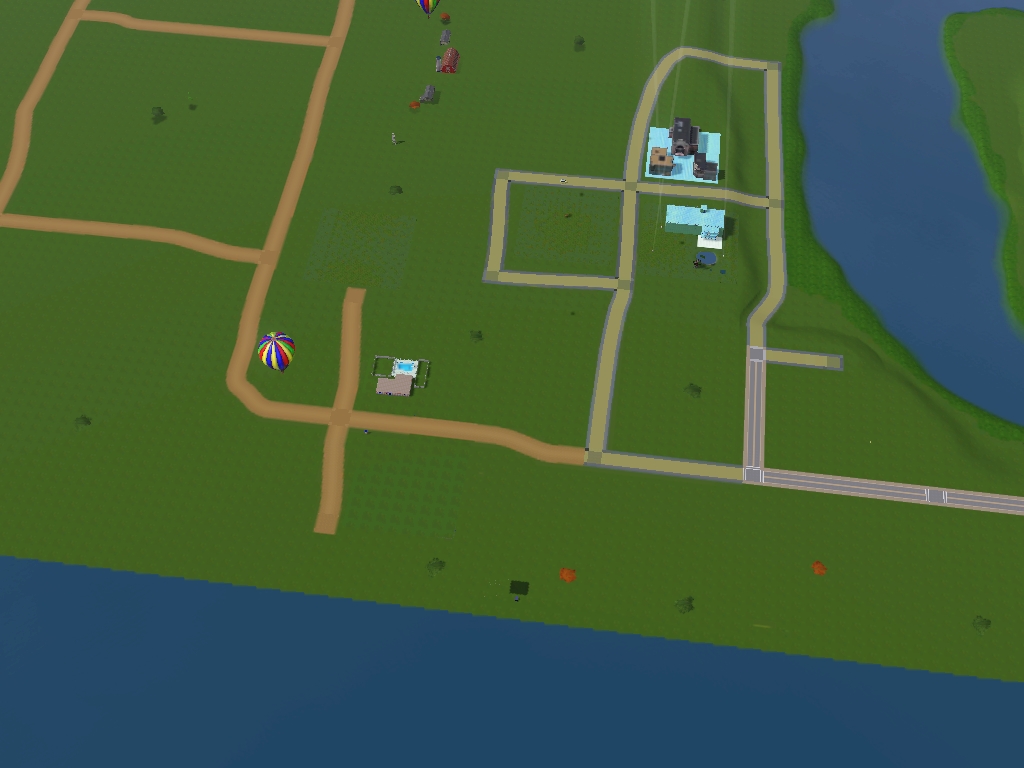 Here is a map over view of the town of Winfield,Missouri.The town is getting ready to become settled by new immigrants as they start to arrive in the new country and start to settle down.